The year is clipping by, like a summer weathered schooner on a fair wind.

I have spent the bulk of the first half of the year in self-imposed book promotion hibernation and have not been engaging much outside of the digital world.

However, the plan is to devote more time to readings, classes and artistic endeavors for the second half of this circle around the sun.

Here are a few thoughts and reflections on the year thus far from my corner of the world and a preview of what’s up for the next several months. 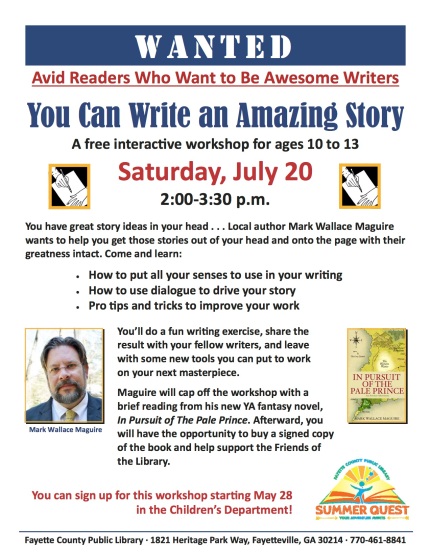 Writing Workshop for Young Authors: On July 20, I will be teaching a writing workshop to budding young authors at the Fayette County Library. This is a free interactive workshop aimed for writers 10 to 13. Afterwards, I will give a reading and participants will have an opportunity to buy a signed copy of my YA novel, “In Pursuit of The Pale Prince” with a portion of proceeds going to the library.

The sequel: Yes, there is a sequel to, ‘In Pursuit of The Pale Prince.’ I have finished the first draft and am giving it another rewrite. Most of the concept art is complete and my goal is to have it published later this year or early in 2020. Spoiler alert: This installment of the ‘Arestus Adventure’ series will be more action packed, feature new lands and threats and even a bit of magic. Yes, magic. I went there, but was more inspired by the ‘rules of magic concepts developed by Susanna Clarke and C.S. Lewis, rather than random wands and out of context incantations.

Interview on prettyhotlit: Thanks to the kind ladies at prettyhotlit for featuring me in this interview. Anytime this old dog can be associated with the words, ‘hot,’ he is happy. Interview is up here.

19 nations and counting: India joined the party this year as the 19th country where the Alexandria Rising Chronicles has been purchased.

Year of the Rabbit: I have seen more rabbits this year than in the rest of my life combined. Maybe the few in our community carved out a snug warren and were busy during the winter or perhaps I’ve been blessed enough to be in the right place at the right time. I find a curious joy seeing rabbits hop across the grass, especially at dusk or dawn. There is a wee bit of magic and the flight of a furry animal in the half light.

Rebecca Watts: I met Rebecca through a series of events earlier this year celebrating the 60th anniversary of Peachtree City. Rebecca is not only an author and historian, but a strong poet. I really enjoyed her poem, ‘My Dark Room.’ You can check it out here where it was published  in the Blue Lake Review.

TM Brown: Big ups to Newnan author and relentless Southern literature promoter TM Brown. Brown continues to carry the torch of keeping Southern literature relevant and accessible on the south side of Atlanta with his readings, author panels and festival work. I’m looking forward to being part of ‘Hometown Novel Nights’ on Nov. 21 at 7 p.m. at Roger’s BBQ in Hogansville. You can learn more about Brown here.

Here are a few of my favorite artistic picks of the year:

Christopher Robin: A bit of whimsy? Why not. This is a gorgeous movie. Very well shot, written and acted. I expected something more depressing, but was pleasantly surprised.

The Ocean Blue’s ‘Kings and Queens/Knaves and Thieves’: One of my favorite bands and influences in music from back in the day, The Ocean Blue have released a new album, “Kings and Queens/Knaves and Thieves.’ Their music consistently delivers. The band often draws comparisons to The Smiths, but I think they stand quite well on their own with songsmith and guitarist David Schelzel at the helm.

The Night Manager: John le Carré is one of my favorite spy novelists. His writing style, intricate plots and amazing character development keep me addicted to his creations. However, most of the time I know reading him is like experiencing a Shakespeare play – I will fall in love with all the characters and then they will all die. That said, the recent amazon production of le Carré’s, ‘The Night Manager’ is extremely well done and – sans spoilers – will not let you down. (It is also worth noting that The Bond team might have missed their mark by not picking up Tom Hiddleston to replace Daniel Craig.)

What’s up next on the Maguire docket?

Thoughts? Ideas? Comments? You can always hit me up at markwallacemaguire@gmail.com 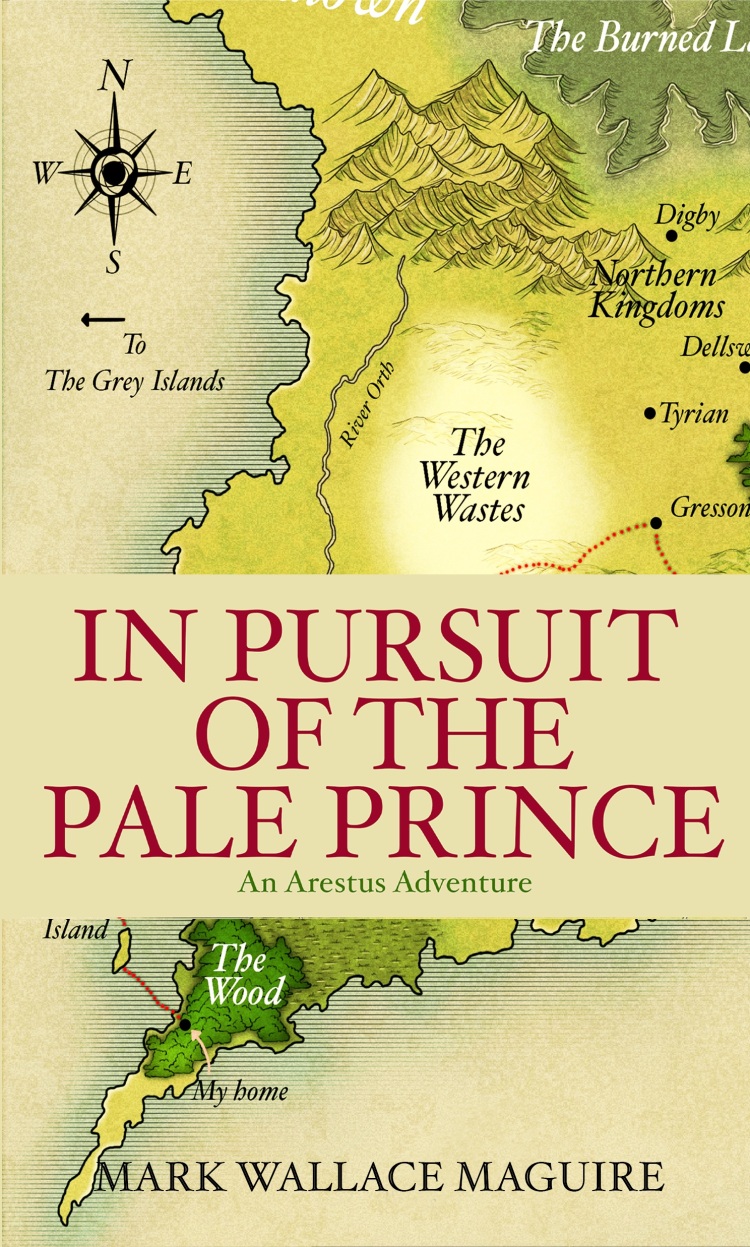 Mark Wallace Maguire is an award-winning author, columnist and publisher whose writing has appeared in dozens of magazines and newspapers. He is the author of the Kindle number one best seller series, The Alexandria Rising Chronicles for which he was named an Independent Author of the Year Finalist and a Georgia Author of The Year nominee. He is also the author of In Pursuit of The Pale Prince and the non fiction works, Confessions of a Special Needs Dad and Letters from Red Clay Country. He has been honored multiple times by groups such as The Associated Press and The Society of Professional Journalists. In 2005, he was named Berry College Outstanding Young Alumni of The Year. You can learn more about him at www.markwallacemaguire.com and www.alexandriarising.com. View more posts