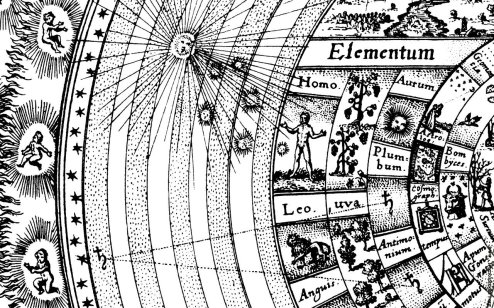 Someone asked me the other day about how much symbolism I crammed into ‘Alexandria Rising. Well, the answer is pretty straightforward: As much as I possibly could. Why do this in an action adventure novel? Well, I figured if I was going to write a novel, I might as well have some fun with it. Example? Okay, no spoiler here, but a character in the book takes Train 42. The number ‘42’ is widespread in the works of author Lewis Carroll who was also an avid numerologist. The number is especially present in Alice in Wonderland where it is used several times directly or indirectly. If I was going to give the number/name of a train, etc. I wanted to convey a message. I am very much inspired by T.S. Eliot’s The Wasteland and Dante’s Inferno. While I would not put my work on a literary level with those two brilliant pieces, I do love how those works contain mass amounts of allusions, symbolism and interconnectivity. Writing ‘Alexandria Rising’ gave me an opportunity to create my own little world using those devices. Bonus? I have a section on this site ‘engage with the appendices’ which provides the reader with links from The Appendices which lead to video, images or research associated with names, places and numerals throughout the book.

Mark Wallace Maguire is an award-winning author, columnist and publisher whose writing has appeared in dozens of magazines and newspapers. He is the author of the Kindle number one best seller series, The Alexandria Rising Chronicles for which he was named an Independent Author of the Year Finalist and a Georgia Author of The Year nominee. He is also the author of In Pursuit of The Pale Prince and the non fiction works, Confessions of a Special Needs Dad and Letters from Red Clay Country. He has been honored multiple times by groups such as The Associated Press and The Society of Professional Journalists. In 2005, he was named Berry College Outstanding Young Alumni of The Year. You can learn more about him at www.markwallacemaguire.com and www.alexandriarising.com. View all posts by Mark Wallace Maguire