This is a picture of the man who inspired the character in Alexandria Reborn. 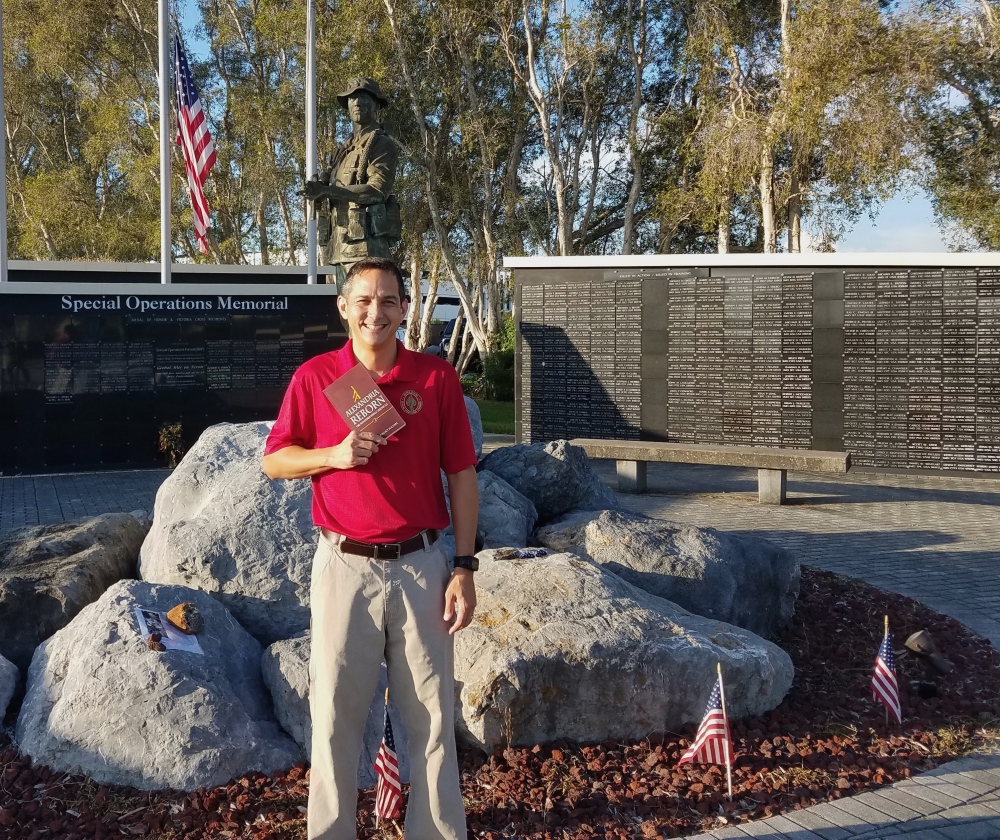 What an interesting name? How did he get this name? Who is this guy and why is he in your novel? Who is the real Spota then?

No spoilers here, but in the scene where he introduces himself to Rand, it reads as such:

“By the way, my name is Rand,” a handshake extended and met.

“Nice to meet you, Rand. You can just call me Spota.”

Spota is one of the new characters in the Alexandria Rising Chronicles and is inspired by a longtime friend Adam Kijanksi who – when I met him at Berry College 25 years ago or so – was nicknamed Spota because he wasn’t spota be doin’ that or spota be sayin’ that. The demolition stuff? No, entirely made up for the book. Adam is actually an outstanding citizen, husband and father whose work with veterans and mental health is commendable (and no, he is called Adam these days, though I am sure he wouldn’t mind a Spota reference now and then).

So how did I come about to use Spota in Alexandria Reborn? What about the other names? Are some of them real people?

Well, one of the best aspects about writing fiction is creating new characters. You can take a piece from one person you know, a little from yourself, a bit from someone else and then blend it up, toss in some imagination, a random trait, symbolism and see where it leads you. Some – like the villain of the first book Kent St. James – are just bloody fun to write because he is so evil and condescending. Others – like Michael Casey the cabdriver – are just an impression of, yes, a cab driver I met while traveling in Ireland 20 or so years ago. By myself. Like Rand. Riding in the front seat. Like Rand. And the man did have a bushel of nose hair.

One of the things I wanted to do in the sequel was to further world creation. Rand is somewhat limited in his scope of The Organization’s reach in the first novel. In Alexandria Reborn, I wanted to show the other sides and, along the way, introduce new characters. While Rand is a smart aleck at times, I wanted some true levity and mano y mano bonding and brotherhood. No yuk-yuk banal humor, but true wit, word play, authenticity of character and scenes of brotherhood and bonding.

Adam was kind enough to let me use the Spota name in this book. I think you’ll enjoy getting to know this new character as you read the book. He does add some levity, is great with wordplay and dialogue, and, much like the man who inspired the character – is authentic, true and a brother in arms along the journey.

Mark Wallace Maguire is an award-winning author, columnist and publisher whose writing has appeared in dozens of magazines and newspapers. He is the author of the Kindle number one best seller series, The Alexandria Rising Chronicles for which he was named an Independent Author of the Year Finalist and a Georgia Author of The Year nominee. He is also the author of In Pursuit of The Pale Prince and the non fiction works, Confessions of a Special Needs Dad and Letters from Red Clay Country. He has been honored multiple times by groups such as The Associated Press and The Society of Professional Journalists. In 2005, he was named Berry College Outstanding Young Alumni of The Year. You can learn more about him at www.markwallacemaguire.com and www.alexandriarising.com. View all posts by Mark Wallace Maguire