The great J.P. Donleavy has died at the ripe old age of 91. I’ve been a Donleavy fan since my senior year in college when I discovered his work while studying in Ireland. Donleavy is the King of The Tragicomedy. “The Ginger Man,” in particular, his first novel exemplifies that concept and the main character, Sebastian Dangerfield, weaves his way through life in a forays of mischief, alcohol, mastery of a silver tongue and general shenanigans. Though Dangerfield is not a gent to be sure – an understatement many would say –  his wit and charm win over the reader.

Dangerfield defines many of Donleavy’s characters who are far from moral heroes, but likeable and enjoyable to read because of Donleavy’s grand writing style.

In, “The Ginger Man,” Donleavy weaves together a stream-of-conciousness narrative that alternates between first and third person – somewhat Joycean –  but with stronger word choice. He also ends every chapter with a poem, generally three of four lines and rarely rhyming, but a gorgeous literary device that works to sum up the state of mind in the character’s life quite well at the point. Here is an example:

All I want
Is one break
Which is not
My neck.

God knows, I’ve uttered that phrase many times on this orb. 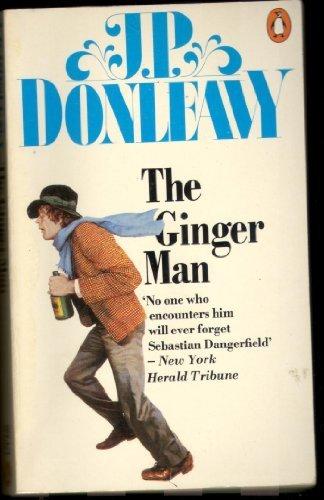 To say I’ve been influenced by Donleavy would be an understatement. I haven’t totally immersed myself in his writing style, but do use his techniques of shifting between third and first person, though on a much smaller and tamed basis. I also find his use of humor and wit unrivalled in many aspects.

While I find certain parts of “The Ginger Man” a bit uncomfortable reading it many years after I first read it, I still do praise Donleavy’s style of writing. Perhaps, most of all,  I believe that perhaps alongside Pat Conroy, he is the greatest describer of nature I have read, particularly in “The Destinies of Darcy Dancer, Gentleman.” And I believe that gift of his is greatly overlooked. For example, take this passage from one of his books.

“The sun of Sunday morning up out of the sleepless sea from black Liverpool. Sitting on the rocks over the water with a jug of coffee. Down there along the harbor pier, trippers in bright colors. Sails moving out to sea. Young couples climbing the Balscaddoon Road to the top of Kilrock to search out grass and lie between the furze. A cold green sea breaking whitely along the granite coast. A day on which all things are born, like uncovered stars.”

“Come here till I tell you. Where is the sea high and the winds soft and moist and warm, sometimes stained with sun, with peace so wild for wishing where all is told and telling.”

Godspeed to Donleavy. I end this with the great last line from ‘The Ginger Man” which serves as a fitting eulogy.

“On a winter night I heard horses on a country road, beating sparks out of the stones. I knew they were running away and would be crossing the fields where the pounding would come up into my ears. And I said they are running out to death which is with some soul and their eyes are mad and teeth out.

Mark Wallace Maguire is an award-winning author, columnist and publisher whose writing has appeared in dozens of magazines and newspapers. He is the author of the Kindle number one best seller series, The Alexandria Rising Chronicles for which he was named an Independent Author of the Year Finalist and a Georgia Author of The Year nominee. He is also the author of In Pursuit of The Pale Prince and the non fiction works, Confessions of a Special Needs Dad and Letters from Red Clay Country. He has been honored multiple times by groups such as The Associated Press and The Society of Professional Journalists. In 2005, he was named Berry College Outstanding Young Alumni of The Year. You can learn more about him at www.markwallacemaguire.com and www.alexandriarising.com. View more posts